Canadians best-off in housing, third overall in a new quality of life survey

A recent survey conducted by the Organization for Economic Co-operation and Development (OECD) comparing industrialized nations ranked Canada as the third overall best place in the world to live, using 24 different factors, including jobs, income and overall "life satisfaction'.

Canada came in third overall in the survey, results of which were released on Tuesday, and we learn that with an average of 2.6 rooms per person, Canadians come in first in the housing category, making it a great place to get a mortgage. Canada was also reported as having the fewest assaults, making it one of the safest places to live.

The OECD's profile of Canada states that "Canada performs exceptionally well in measures of well-being, as shown by the fact that it ranks among the top countries in a large number of topics in the Better Life Index". The profile goes on to say that "in general, Canadians are more satisfied with their lives than the OECD average, with 82% of people saying they have more positive experiences in an average day than negative ones".

Click here for the full article from the Financial Post.
Posted by Mortgage Broker City at 07:54 No comments:

Mortgage challenges for the self-employed 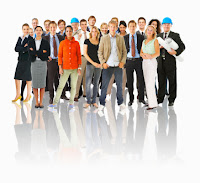 For many Canadians, proving their income to a Mortgage Broker or a lender for the purpose of obtaining a mortgage is as simple as providing T4 slips. For the self-employed, the process is more complicated than that. Self-employment is steadily becoming more and more common in Canada, and many who report only to themselves are becoming very financially successful. However, with fewer ways to prove income, lenders will still tend to proceed with caution when faced with a self-employed client.

Following the introduction of new mortgage legislation last summer, the screening of potential applicants has become more detailed. From analysing the income for the applicant based on the average income someone in their field would make, to assessing the length of time their particular operation has been established and carefully examining the income reported to the Canada Revenue Agency, it is a detailed process. Thankfully, there are several things that can be done to ease the process.

Click here for the full article from the Toronto Star.
Posted by Mortgage Broker City at 07:34 No comments:

The language of selling houses

In an increasingly competitive housing market, the first impression potential buyers will have of a given property is extremely important, and the property listing is a big part of that. Professional photos and a descriptive write-up are a good way to draw potential buyers to your property. Many will be searching for properties online, and if the listing doesn't make an impact, it could simply be passed over in favour of another. A recent study from Point2Homes analysed 40,000 property listings Canada-wide to compile a list of keywords that are most often used to attract potential buyers, yielding some interesting results.

One of the most common terms used in descriptions of Canadian homes is "hardwood floors". "Beautiful" ranked high on the list, as well as "huge", "perfect" and "quiet". Homes in Saskatchewan are commonly referred to as "spacious", while Ontario homes talk about electric light fixtures. The study also showed how Canadian listings differ from the U.S., as a Canadian listing is likely to mention a home is close to schools, while an American listing is more likely to advertise that the home is priced to sell, or mention add-ons like a pool.

Click here for the full article from the Ottawa Citizen.
Posted by Mortgage Broker City at 07:48 No comments: