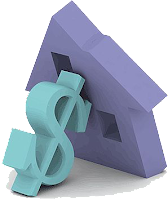 Although it is believed that new mortgage legislation will keep a number of buyers out of the housing market, a recent study from Royal LePage forecasts that the year will end ahead of its expected growth percentage. This article from the Financial Post shares the highlights of the recent report.

Phil Soper, chief executive of LePage Real Estate says that although growth in home prices has been steady for almost three years, they cannot be expected to continue to increase faster than salaries and the economy. Recent historically low mortgage rates have caused several regions to reach what is believed to be an upper level of price resistance. Historically, following a period in which home prices increase significantly, statistics show that Canadian home prices have tended to stay flat, rather than decline. The report also states that the last marked national price drop was in 2008, after a 16 year period with no decline. The drop lasted 11 months.

The new tighter mortgage regulations were announced June 21st and came into effect July 9th. It is believed the changes, most notably decreasing the maximum amortization period of insured mortgages to 25 years, will have a significant impact on many first time home buyers. However, a recent survey estimates that approximately 50% of Canadians are still unaware of the changes. To find out more, contact a Canadian mortgage broker.